Magento 1 or 2, which one should you choose, and why? 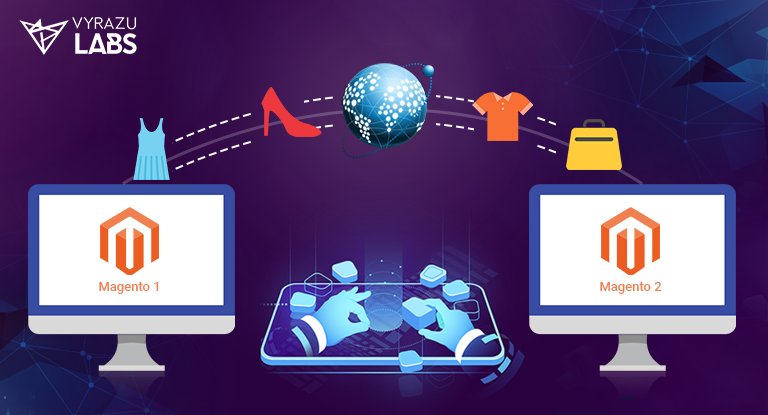 So Magento 2 is finally out! The entire e-Commerce community had been highly anticipating the release of the updated platform that’s been in development for more than four years. Despite the fact that only the beta version is available right now, everyone keeps wondering what the platform’s new features are, and how much better they are than its predecessor. That’s why we have created this article to break down some of the new, prominent features in Magento 2, and describe the essential differences between Magento 1.x and 2.0.

The usage of modern technologies

Magento 2.0 will be using the most recent and popular versions of PHP, particularly 5.4 and 5.5, HTML5, CSS 3.3 and the latest versions of JQuery. Overall differences between technologies included in Magento 1.x and 2.0 are displayed in the image below.

Being a Magento 1 developer, some will feel a bit lost at first when it comes to the new Magento 2, as most of your working files have been greatly reorganized. Everything is now moved under “app” file, except for config.xml where you register your specific module.Templates, layouts, and JS, CSS files for both frontend and backend is now placed neatly under “view” file of each module. Moreover, there is now only one code pool, for all core and custom modules.

If previous Magento versions required technical knowledge for layout manipulations, the new one will make this task clear even for newbies. The straightforward design management will be provided by the new Visual Design Editor. The feature, with the easy to use, “drag and drop” interface, will permit every merchant to modify blocks and containers with no substantial effort. We look forward to it.

Back in Magento 1, Prototype is the main javascript library as jQuery wasn’t stable. Now after many request from the community, the core team made jQuery the default library in Magento 2.

Its safe to say Magento 2 is now faster, more secure and easier to use than Magento 1. Indexers comes with new efficient updates to improve query performance, Magento performance toolkit to verify and optimize system performance, Varnish Cache is responsible for caching common request which helps reducing server load and speed up page load.Full page caching, which was only available in Enterprise Edition, is now built into the Community Edition of Magento. The feature lowers disk read and network round-trips to make the fastest shopping experience possible.

The core team of Magento has been spending a lot of time trying to simplify and clear the idea of ecommerce development which is left from Magento 1. The traditional class rewrite system is now replaced with the new object-manager system/dependency injection, coming along with more design patterns; all these new features will redefine your old cookbook style of development.

With the official launch for Magento 2 just days away, all these changes are aimed at broadening the field of possibilities for both e-merchants and cart developers. But along with opportunity expansion, Magento is trying to improve usability and make itself understandable for the common user. With all the new features and built-in technologies, it is expected that it will be a lot clearer for both developers and designers to deliver the best e-commerce experience for customers.