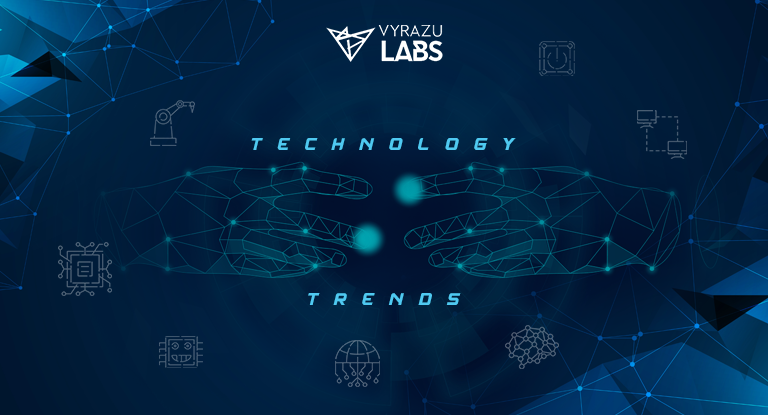 Technology has been making its presence felt in all areas that touch the lives of the average person. Also, technology in itself has been undergoing massive changes and so what was niche just some time ago has been replaced by something which is a better and more robust version of the same.

This is one area of technology which is sure to find its place amongst the future technology trends going mainstream in 2020. The greatest leap in Artificial Intelligence was made possible because of the massive leap which computers have achieved in terms of computing power and the increase of data that has taken place over time.

In fact, the speed at which the data explosion took place has been singly responsible for the rapid pace at which AI expanded. The reason is that having access to more data helps AI to learn more and become more precise in its core area. It is anticipated that the current rate of progression of AI will enable it to perform more human-like activities by 2020.

The future will see new technologies centered, on the conducting of operations via voice command. It is expected that soon enough almost all devices which surround us will be able to function and perform desired activities over voice command.

It is expected that amongst the future technology trends of 2020, NLP will play a very important part. Presently, chatbots are being used by a vast majority of businesses in order to take their customer engagement level to the most efficient level possible. It is expected that in 2020 NLP will help take this to an entirely different level.

Devices and applications will be able to understand clearly what is being said by someone by being able to differentiate between decent and indecent talk, ability to understand sarcasm and reply accordingly. In fact, users will be able to interact in their natural manner as if they were talking to another human being and not a machine.

Behind all of these will be complex algorithms whose foundations shall actually be millions and millions of calculations and computations which would be generated by mixing AI with verbal interchanges that happen between humans and their device. Needless to say, it makes the list of future technology trends going mainstream in 2020.

The prevalent technology in use is 4G technology and it is expected that by 2020, it is 5G which shall be the major player in the market. Accordingly, there shall be high internet speed, high capacities, and lower latency. There will be a cascading effect on all related technologies as the immense speed which 5G technology brings shall act as a source of oxygen for the entire network. This is the reason for it to be counted amongst the future technology list which shall have long-lasting impacts by 2020.

The present rate at which Blockchain has been growing makes it a sure shot of being amongst the future technology trends which shall have a long-lasting effect in the future. It is expected that there shall be mass adoption of this technology by 2020, which is still in the initial stages of its development.

6. The Internet of Things:

However, it is projected that the size of the IoT market in 2020 would touch 1780 billion in U.S. dollars (Source). So, where the projected figure is so humongous there is no other option but to include it in the list of future technology going mainstream in 2020. There is a related blogpost which has a detailed look into the world of IoT.

Do take your time to have a look at it. It is expected that by 2020, almost everything around us shall be much smarter than it is now. Our residences presently have many electronic appliances like refrigerator, water heater etc, the only difference between now and the future shall be that all such appliances shall be much smarter in the days to come with the interconnection of all such devices using the internet as the medium of communication between them.

The day is not far off when your face will be used for a number of applications. Simply put, you shall be able to unlock your house, withdraw money from an ATM etc just by providing a look of your face. These shall be made possible by the huge leap made in facial recognition software which shall find huge acceptability across industries in order to provide their customers with better user experience. This reason makes it a contender for the future technology list which shall be going mainstream in 2020.

In this context, the word edge means literal geographic distribution. Edge computing refers to computing which is done near the source of data or at the source of data rather than putting reliance on the cloud for doing the computational work. This is an area that is very less talked about these days but shall find its pride of place once IoT becomes the mainstream technology which it is destined to become.

For this reason, edge computing features in the future technology list which shall be becoming mainstream by 2020. Since it is being projected to be a leading technology by 2020 it is expected that adequate focus shall be given for enablement of intelligent networks in which the devices which are connected shall be performing the required analytics at the location itself and the results acquired can be used to perform the necessary actions.

Also, most importantly the time component shall be much faster — in fact maybe a hundred times faster. This is an important reason for which it makes it to the future technology list which shall have a major impact in 2020.

This is the area of data analytics that focuses on finding the best way forward in a given scenario with the data available. In fact, it is related to both descriptive analysis and predictive analysis, the only difference being that instead of data monitoring it lays emphasis on actions to be taken based on the insights gained. Descriptive analysis has a way of offering business intelligence insights into events that have happened.

Predictive analysis tries to focus on forecasting possible outcomes and prescriptive analysis tries to find the best solution given a wide variety of choices. This allows businesses to make decisions that are based on optimizing the result of future events and gives a model for analysis. For these reasons, it makes it to the future technology list which shall have a major impact in the future.

Automation is going to be the technology that shall have a major impact in 2020 as automotive processes are nowadays being made a part of the everyday activities of people in general. The real value addition shall happen when automation mixed with AI, machine learning will come up with processes which touch almost all aspect of human lives.

Well, by now I am sure you have an idea of what lies in the future as far as technology is concerned. Our software development center has dedicated teams that have worked in some of the technologies mentioned above, so if you happen to have any such requirement, please feel free to get in touch with us for a FREE CONSULTATION.

Please drop your comments/feedback which shall help in making this engagement more interactive.