All top secrets revealed: How much money do apps make and how to make money off an app 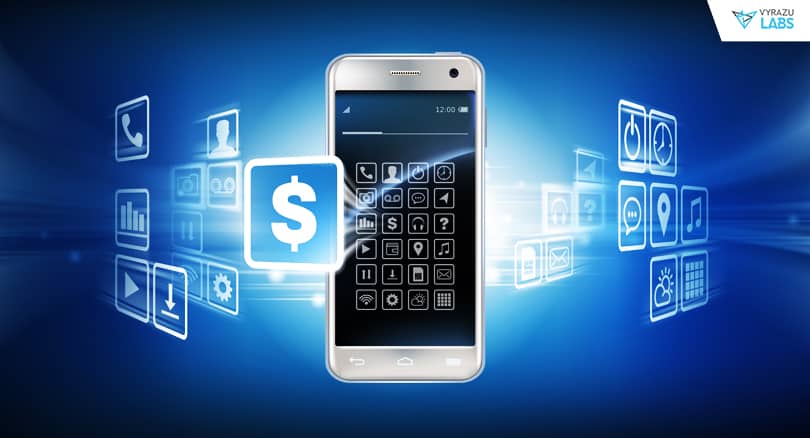 Apps are everywhere! From AM to PM, we have been using lots of apps to make our lives easy. Today morning you have clicked a selfie and want to add the sun-kissed filter, what will you do? We know that you take the help of an app based on the device platform. The users know their points of benefit. But do you know why developers make apps for us? The answer is simple: they get popularity as well as a lot of revenue! The global app market is increasing day by day and 2019 was the golden year for the app makers. But do you know how much money do apps make? If NO, continue reading you will know something super exciting. If your answer is YES, still we will ask you to read as this blog covers all the areas to let you know how do apps make money that you may not get in other blog posts.

When it comes to how to make money off an app, you need to consider some facts. You may have seen that some developers or people who invest in app development businesses complain that their apps failed to earn money. There can be several reasons for that kind of situation. But one is for sure is that the app makers did not consider the facts well we are going to discuss. So, let’s focus on those facts-

The purpose of the app- When you are interested to know how much money do apps make, you have to consider this factor at the first move. App experts say that the purpose of the app plays a key role here. Generally, through an app, you are going to target a problem and your app is going to solve that problem for your users. Now you have to check that the purpose is a true need of modern world users or not. If not then how to make money off an app is going to be a tough thing for you.

Chosen platform for your app development- The most important factor to be taken into consideration when it comes to how much money do apps make or how to make money off an app. The leading platform at the moment is Android because of its reach of penetration which is closely followed by Apple’s iOS platform as can be seen from the following graphic (Source). As BlackBerry and Windows mobile have just not made it to that level, so from an app preparation point of view they are not going to be very good choices. So, it is advisable to either stick to Android or iOS.

Proper competitor analysis- it is another important thing that you need to consider when it comes to how to make money off an app or how much money do apps make today. When you are going to develop an app, you will find that already a lot of developers have worked on a similar concept and are running well. So, they are basically your competitors and you have to learn from them also. How their apps are running on multiple devices or platforms, their target audience, their monetization plan, concept, features, and other big to small related things need to be properly analyzed before you start developing your own app.

Technologies you are going to use- App marketing and developing experts suggest to pour a bit extra attention here. I mean they say you have to be more careful if you want to know how to make money off an app and do that in reality. They say that the technology stack you are going to use for your app development not only boosts the user experience but also lets you stand out from the crowd. As an example, we can say that a general app business monetization model lets developers get only 70% of the amount used for mobile app development. But in the case of a blockchain-based app model, it can be 85% of the entire app revenue share.

How do apps make money: an average estimate for your ease

You can have an idea of the enormity of the app business just by having a look at this graphic where it clearly mentions that worldwide mobile app revenues in 2020 are scheduled to touch $188.9 billion. The majority of the top money-making apps are in fact gaming apps. Just to give you a perspective on things, Pokemon Go made $890 million in 2017.

A simple way by which you can target revenue for your app is by making in-app purchases. The global revenue obtained from the in-app purchase is much higher as compared to paid app downloads, which is the reason for which most game apps are free to download.

Have a read at this blog post which has a breakdown on how to make a successful game app. It just may be that you end up making a successful gaming app and you can even earn through your app.

How much money do apps make: The Monetization Models

How much money do apps make also depends on the app monetization plan you are going to pick. We will discuss the top 5 models today. But as an app developer, we will suggest you align your monetization plan with the platform you are choosing. You have to keep this fact in mind that in order to get more users choosing a model that can annoy them also can be the reason for the failure of your app. So, when it comes to how much money do apps make and choose the right monetization plan, keep in mind that you have to choose something that is never going to be the pain point of your users or make them uninstall your application from their devices.

This is definitely a new thing on the plate. And for your ease, we are giving an example- three years back, I mean in 2017, the Hello Earth game app has earned USD 148K with the help of this app monetization model.

You can also earn money by using any of the following possible ways:

Well, you do have a fair idea of the field of app development and also what it would take for you so that you can earn through your app. There is a silver lining here. We, at Vyrazu Labs, have been at the forefront of app development covering both the areas of Android and iPhone. So, we can help you create your dream app and give you more help on ‘how do apps make money’, all you have to do is to get in touch with us FOR A FREE CONSULTATION.