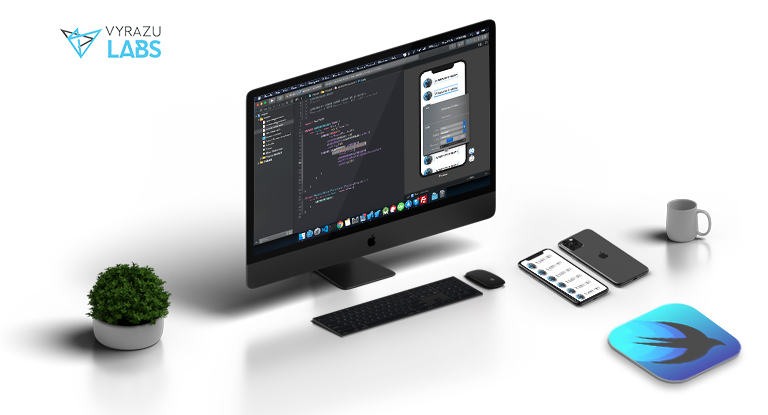 Apple has always been thinking about how to make the development process better so that it reflects in all the products that they release. Apple is one of the most reputed companies who always want to be the first to launch something making it full proof and advanced than any other device. Previously Apple’s ios development took a lot of time for testing the product as it has many devices to be cross-checked with. Before we can start with the article talking about What is SwiftUI and how SwiftUI replaces Storyboard. The first thing that we should know about SwiftUI is that it allows you to preview the product in Xcode itself before you can set it out for testing.

As soon as SwiftUI released on October 4, 2019, we at Vyrazu Labs made sure to start using the 5.1.1 version which pretty much completes iOS development. However, in the near future, Apple will figure out some even better updates, but till then SwiftUI is your winner. As developers, we always think about employing ease of work when you are going through the entire process. Not to mention that it will also benefit our clients when the work is done as quickly as possible and they will be able to use it in no time. This update not only brings wide smiles in us, developers but also doesn’t fail to amaze the rest of the world by portraying the advancements that Apple is capable of.

Swift saw its inception in July 2010, when Chris Lattner and several Apple employees started developing Swift, In 2014, June 2 it first appeared at the WWDC when Apple announced the first application that was built using Swift. In 2015 Apple won first place for most loved programming language and second place in 2016. This only meant that iOS development had secured a place where they can rise without thinking about what next. As the “what next” was already under update securing the safe position of being used frequently.

Swift was programmed to be a multi-paradigm, general-purpose, compiled programming language developed by Apple Inc. for iOS, macOS, watchOS, iPadOS, Linux, tvOS, and z/OS. Swift works with Apple’s Cocoa and Cocoa Touch frameworks and the huge amount of Objective-C code already existing for Apple products. It has been built with the open-source LLVM compiler framework and has been included in Xcode from Version 6, which was released in 2014. Swift uses the Objective-C runtime library, which also lets C, Objective-C, C++, and Swift code to run within one program.

SwiftUI bestows views, controls, and layout structures to communicate with your app’s user interface. This framework will provide event handlers for delivering taps, gestures and different types of input to your app, and controls that the users can see and converse with. Not only that, you can create your own custom views that abide by the view protocol and concoct them with SwiftUI views for displaying text, images, and custom shapes using lists, stacks, and other such elements. You will be able to apply strong modifiers to built-in views as well as to your own views for customizing their rendering and interactivity.

How SwiftUI works for ios development- is something that can be derived from you being able to share code between apps on multiple platforms with views and controls that adapt to their context and presentation. Not only this you will be able to integrate SwiftUi views with elements from the UIkit, Watchkit, and Appkit, frameworks. This allows the framework to take additional advantage of platform-specific functionality. Customizing accessibility support in SwiftUI, and localizing your app’s interface for different languages, cultural regions, and countries will add up to the list of how SwiftUI works.

When you use SwiftUI you will be able to make powerful new apps faster than ever and of course easily. SwiftUI can be called evolutionary in the development sector, using which you can build strong user interfaces quite easily. This kind of answers the question of whether SwiftUI replaces interface builder. As you will be able to use ARKit 3, Reality Composer and Realitykit along with advanced tools designed to employ ease for the developers for creating compiling AR experiences for customers and business apps.

The introduction of new tools and APIs adds up to the simplification process for bringing iPad apps to Mac. How SwiftUI works to make your work easier? Well, it pretty much worked on it Core ML and Create ML for narrowing the work done for developing powerful machine learning apps. SwiftUI will help transform user interface creation by automating huge portions of the process. It will provide you with real-time previews of how Ui code looks and behaves in-app. The developers are going to be happy to find this update very useful as it is code-based and it will help the developers avoid few unnecessary tasks.

The pros and cons of SwiftUI for ios development

Even though it has just been released, like every other framework it has its own pros and cons that need to be elaborated to understand how SwiftUI works. Meanwhile, when Apple tries to establish they have come up with a perfect framework few bugs show up to bite them.

As I have already mentioned that Swift can be used to develop any iOS device. This makes it relevant to use as you won’t have to switch frameworks for proceeding with the development. The preview feature will also show you the preview for your desired device so that you can get an idea of how it will look in real-time.

SwiftUI is said to be faster than storyboards and why not? With storyboards, it was all about increasing the loading time. When you use SwiftUI you won’t have to think about the application being heavy. It will not even take much time to load the storyboard that will eat your valuable coding time.

As SwiftUI is all about the previews it won’t be eating up storyboard space that makes the app heavy and takes time to load. Unlike the previous frameworks like .xib and nib, storyboard, SwiftUI is interactive and will allow your users to experience an all-new experience of using these advanced apps.

When you think about updating the existing iOS apps in SwiftUI you might want to take a step back as it will not support iOS under 13.0. This flaw is certainly overwhelming as Apple clearly disowns the previous versions, pushing the developer to develop new apps that will support iOS 13.0 and higher versions.

When you try to see the canvas for SwiftUI in Xcode 11 will only appear when you have the new macOS Catalina. Otherwise, it will show “SwiftUI Previews require macOS 10.15 or later”. So, if you want to see the Preview make sure that you have installed Catalina to execute the same.

As it has just launched it needs time to fill the internet up with examples of complex developments that will give the developers an idea of what they have to do for executing those tasks. This pro is temporary, there will be a lot of examples crawling on the internet in no time.

The best part about SwiftUI is you can always drop to UIKit whenever you feel like. Even if you are using UIKit along with SwiftUI, you will be able to use all the features SwiftUI has to offer. So, using UIKit along with SwiftUI can be the new way of front-end development in iOS. To know more about how SwiftUI works you can check out the tutorial distributed by Apple.

How will it replace the storyboard in the future of ios development?

This makes the product heavy making the storyboard to lag. The storyboard is nothing but XML codes behind those elaborative images. There is another problem that occurs when we storyboard, i.e. we tend to lose track of the data. Even though we try to solve that problem by creating nib files and pasting it wherever needed, data is found to be misplaced. This results in getting the features added in some parts that are a few devices leaving out the rest. In short, it causes a lot of confusion when the data has to be taken from one place to another. You will have to go through a series of merging before you can get your work done.

But when you are using SwiftUI it is just one framework that you will be using for doing the changes, adding and removing features. The developers often complain about having to check the storyboard in between work. On the contrary, it only depicts one iOS device not allowing to check for the other devices, which makes the task long and tiring. In SwiftUI there is no such problem as you will be able to check any device just by entering the device name and you will be able to check the preview very easily.

I hope this article helped you to understand how does SwiftUI replace interface builder and how SwiftUI works. SwiftUI has made a strong point on why we should change with time and adopt new technologies for development. However, there are still a few setbacks that have to be rectified but there is a lot of time for that, till then SwiftUI is more than sufficient to work with for the time being.

Now, you know that we use the latest technologies for development hence if you need any help in iOS development turn to one of the leading software development companies. We will be able to solve any requirements that you have and most certainly give in return an extraordinary output. If you feel that I have missed out on anything feel free to drop a comment or feedback. As I always say an article is incomplete without its critical remarks. 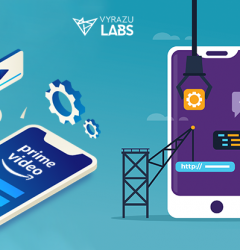 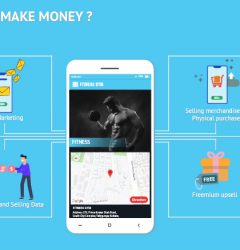 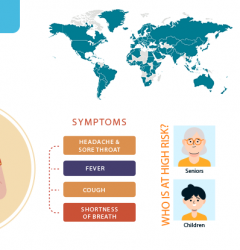