Importance of UI, UX Design in an App Development Process, and how we make designs which shine. 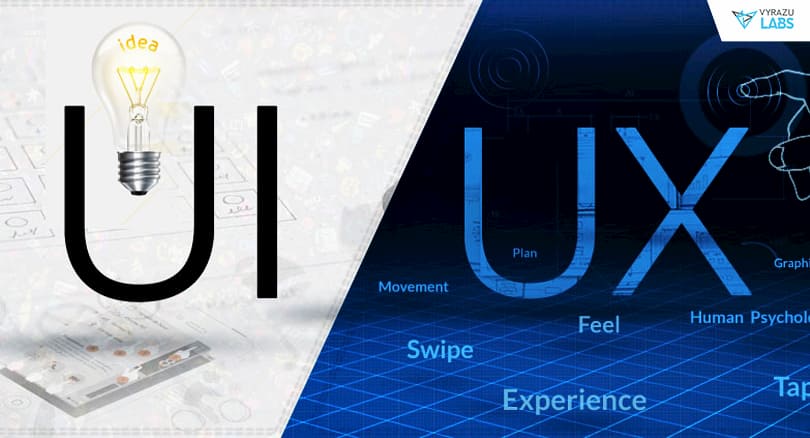 The importance of UI, UX Design in an App Development Process can possibly be fairly made by those who are involved in the designing part of UI and UX in an app development process. Another group who can feel the importance of UI and UX are people like you and me, i.e. the users of the system. It is we, users who get attracted to apps which have rich features and give the best possible customer experience.

Well, it is the developers who know that UI and UX are two very different things, but for us users it is sometimes common to confuse between the two.

UI is the short form of user interface and its area of concern is with the look of the designed application. UI developers mainly focus on how the app shall be appearing to the user from their perspective and shall be focussing more on the graphics content etc. Their aim is to focus on looks i.e making things more aesthetic.

UX, on the other hand stands for user experience and UX designers are concerned on how the end-user shall be working with the designed app. The interaction between the user and the app is the main focus of attention.

Needless to say, you can understand now why companies invest a lot in hiring the right talent for UI, UX design as it is their inputs on the app which acts as a doorway for the users to connect with the organisation via its app and helps them to create better business.

The below mentioned points can act as inputs to highlight the importance of UI, UX Design in an App Development Process:

Importance of UI, UX Design in an App Development Process:

Our organisation has been very involved in the area of UI, UX development having designed UI, UX applications for organisations both at the domestic and international level. So, if it is such that you have any requirement for which it becomes essential to develop applications which need UI, UX engineers please do not hesitate to get in touch. Our team of UI/UX experts shall be glad to devise solutions which are customised in order to take care of your specific needs.

You can also have a look at this related blogpost in order to know a bit more on this topic.

Well, by now I hope you are more than aware of the importance of UI, UX Design in an App Development Process. Also, since it is the user who ultimately interacts with an app, his /her requirements and ease of use are accorded the highest priority. But well designed UI, UX apps can only be made if sufficient research has gone into what can make your app more attractive and engaging with the audience you want to target. Furthermore, this can only happen if you happen to properly understand the needs of your target audience.

Well, it does feel great to have a feedback from your end as it makes the engagement more interactive. Also, please feel free to suggest topics which interest you and you would like to see them being discussed here. Shall be waiting for a word from your end.