Is using Laptops or Desktops better for Developers and why is it so? 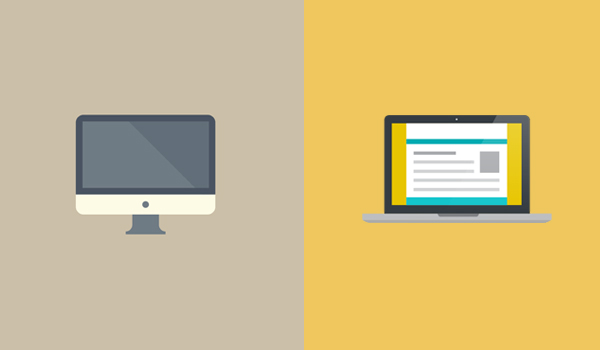 If you’re a programmer, what is the very first thing that you need?s

A computer, of course! Whether you’re a web designer, an Android or iOS developer, you cannot really do computer related work without a computer, can you? Now, which would be a better computer for programming? Laptops or Desktops better for Developers? This question has a very ambiguous answer, since programming, by itself, doesn’t really need a whole lot from your system, and both can more or less fulfill your needs. However, based on experiences, we’ve found that most developers prefer using a desktop for programming. However, there are quite a few others, who prefer the portability and compact nature of a laptop, as opposed to desktops.

So let’s take a look at the pros and cons:s

This is the biggest advantage that a laptop has over a desktop. Programmers aren’t the stereotypical geeks who stay holed up in dark rooms all day, coding like a crazed addict, they like to go out, maybe to the coffee shop, or to the park, and work in an environment they like. Or they might just need to showcase their work to a client at an impromptu meeting. In such cases, a desktop, while not impossible to carry around, comes pretty close. So, what do you think Laptops or Desktops better for Developers?s

Most commonly available laptops have a screen size of around 13-16 inches, and if you search really hard, maybe 17 inches. While this isn’t that big a deal, as you’re not watching a movie, or playing a game, which requires larger displays, it certainly is a drawback. Desktop screens are always larger than laptop screens even up to a 30″ display. To decide Laptops or Desktops better for Developers, if you ignore the actual screen size, and talk about the resolution, yes, laptops can provide the same, however, the pixels in that are tiny.

Many programmers like to have a multi-monitor setup so that they can run multiple applications on each screen all at once, whether it is streaming videos, or having multiple terminal and editor windows open. This can be easily done in a desktop, but if you try using a laptop and a USB/PCMCIA video card to achieve the same result, you’d end up being tied to the desk after all, cause lugging around a laptop and 2 extra monitors, along with numerous cords, as well as finding a place to set them up, on the go, is a really tough job. Laptops or Desktops better for Developers kinda ends up defeating the whole point of the laptops’ portability!s

If you want power and high performance, you can’t do better than desktops. It’s actually quite simple. Higher performance needs more advanced components, which are usually heavier and larger in size, and not possible to fit into a laptop. Desktops can have multiple processors like Quad Core and Octa Core ones, with i7 chipsets. However, even the latest and most advanced laptops might have fast processors, but more often than not, they are never the fastest and have a hard time competing with their desktop counterparts. So, deciding Laptops or Desktops better for Developers is upto your use.

If your work is more graphics intensive than coding-related and demands a lot of resources, a desktop would be much better suited than a laptop, since laptops can provide pretty high-quality graphical features nowadays, but they aren’t even close to their desktop counterparts. Desktops can have several high-performance graphics cards, even linked together, if need be. However, Laptops or Desktops better for Developers still remain a valid question if you’re primarily concerned with coding, you need not worry about framerates and graphics superiority, and go for a laptop, unless you wanna play the latest Call of Duty game during lunch hours!

The faster and more responsive you need your computer to be, the more RAM you need to invest in. And desktops are the best suited for these, because of it being much easier to install and remove RAM on a desktop, than a Laptop. However, Laptops or Desktops better for Developers once again is a question to be solved, unless you’re doing some really performance exhaustive work, you needn’t worry about RAM, as most standard laptops nowadays come with 4-8 GB RAM already.

This is purely a topic of ease and comfort. With desktops, you can select a much bigger, and more ergonomic keyboard with its own dedicated function keys like Volume, Cut/Copy/Paste, etc. A separate keyboard that you can choose according to your own preferences is always better than the standard laptop keyboards, especially during long hours of coding and debugging. Laptops or Desktops better for Developers still brews the fact  that you can also plug in the keyboard to your laptop, if you’re okay with carrying it around, along with the laptop itself.

No matter how good you are, or how used you’ve become to using the touchpad, I’m sure you’d agree that an actual mouse is a lot faster and easier to use than a laptop’s touchpad. Besides, you can also choose one according to your own liking, one that is ergonomic, has extra keys, or simply looks better. Once again, you can do the same by plugging it into your laptop, but this is yet another additional device that you have to carry around, and might not always be usable, if you don’t have a big enough flat surface to use it on.

Laptop speakers have definitely come a long way from the feeble, barely audible output they provide, however, the inbuilt speakers can’t really come close to the power and boom that a separate multimedia speaker for your desktop can produce. If you wanna listen to songs while coding, you either have to carry them around and hope people around you don’t object, invest in headphones, or just use your desktop comfortably at your home.

With Laptops, if you use them outside your home, you’d usually have to either rely on a USB internet dongle or public WiFi, neither of which are that reliable, with the dongle being quite expensive, as well. Desktops have the option to work on a wired broadband connection, which is not only faster and cheaper but also allows multiple computers on the same network to be set up to be interconnected and work in tandem with each other.

Laptops usually come with SSD (Solid State Drive) cards, and they are the fastest, yes, however, they are also extremely expensive when you need a lot of storage. Multiple hard drives are quite difficult to install on a laptop, as opposed to a desktop. Yes, it is possible to still connect a large USB drive to a laptop, but carrying it around is once again a hassle and isn’t always easy to operate on the go.

Finally, Laptops come prebuilt, with each component pre-selected according to the company’s decisions. Even the simple RAM sticks can be changed only after you’ve unscrewed and opened up the back cover of the laptop to get to its internal components, and even then, is exceptionally complicated, not to mention the fact that opening the back cover automatically voids the warranty. This makes upgrading or customizing a laptop’s hardware components extremely difficult.

So after considering all of the above points, it basically comes down to the kind of work you need to do, your own personal preferences, and your budget to understand Laptops or Desktops better for Developers. If you do not wanna be stuck at the desk all day, and would rather work out of a coffee shop, or on the train, you should go for the laptop. So we know whether laptop or desktop is good for development, here is a list of “best laptops under 700“. On the other hand, if you prefer having a fixed place to work from, and value power and performance, you won’t find anything better than a desktop for your developing needs!