How to make mobile apps secure to ensure there is no security breach? 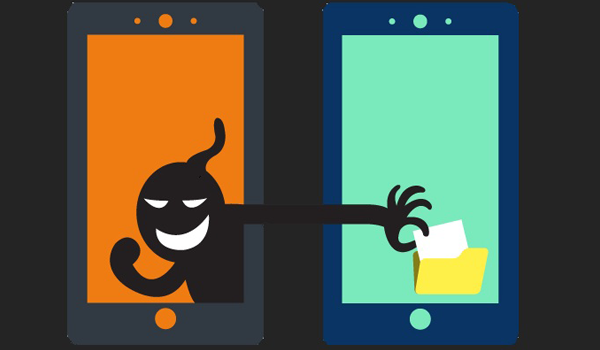 With the mobile app development sector growing more and more each year, thousands, if not more, apps hit the market each day. From apps for ordering food and buying clothes to booking movie tickets and banking, customers are using mobile apps for all purposes in their daily lives. With that, however, comes a huge looming threat of security. Hackers are also getting more advanced day by day, implementing new and more sophisticated means of cracking passwords and security protocols hence making make mobile apps secure has become very important. This makes mobile security one of the most pressing issues of recent times.

So how exactly can you best safeguard your app against these threats?

The security for a Mobile app is a lot different than that for any other regular application. While writing the code for apps, at times, developers use some of the code that is available freely on the internet, as it takes a lot of time to completely build an app from scratch. However, a lot of times, hackers intentionally create codes and upload it online so that a developer might use it while building their app.

This lets the hackers get access to any information they want after the app gets released. Also, unlike web apps, most of the code used to build a native app is present on the device the app is downloaded on. This makes anyone who has downloaded the app vulnerable, as a malicious user can directly view that code, access your IP address, and reverse engineer the app, injecting it with malicious code.

Then he can re-publish it back on the app store, in the case of Android, or comb your code to identify its vulnerabilities, and target other users who had downloaded your app. This is why you should always check the source thoroughly if you use someone else’s code to make mobile apps secure, and then encrypt it, to prevent anyone else from viewing it.

Since a large amount of data needs to be stored on the device itself in the case of a mobile app, many developers use the mobile database SQLite Database, or store the data on the local file system itself. This, however, does not automatically encrypt that data and make mobile apps secure, and anyone can access and modify it very easily. In order to combat this, an Encryption Module needs to be built for the SQLite Database that can implement file-level encryption to safeguard data security while preserving the user experience as well to make mobile apps secure.

Nowadays, the trend of employees using personal smartphones and mobile devices at work is rising rapidly, making BYOD (Bring Your Own Device) security a huge concern for IT teams. In order to mitigate this and safeguard against the potential security risks associated with it, MDM and MAM (mobile app management) solutions have come to the rescue, by providing a solution to the risks of allowing employees access company data on their personal devices.

Organizations can create enterprise app stores for distribution, “wrap” employee-facing apps with multiple security layers which protect and manage the data, and also set up controls which allow certain employees access to as much or as little data as is necessary to make mobile apps secure. They can also remotely wipe the data from the devices of ex-employees, or employees who no longer need access.

Most apps which handle sensitive user data connect back to a server. So you need to make sure that this transmitting of information is safe to make mobile apps secure. There is a high risk of data being intercepted while using an insecure WiFi connection. In order to prevent that, the security needs to be beefed up using encryption and SSL certificates. Failure in using proper SSL libraries can lead to the user information to be compromised.

Once you have developed an app, and released it to the market, your job isn’t finished. Hackers are constantly working to bypass the latest security protocols and encryptions with newer and more advanced technology. So in order to take further steps to make mobile apps secure from this threat, you should revisit your app regularly to perform security updates.

However, patches usually take a lot of time to reach users, after which they also need to approve and install the updates, which a lot of them don’t bother to do. In this instance, there’s not really much you can do, except urge the importance of updating an app regularly, in public.

Lastly, as the app developer, it is your responsibility to ensure the best security for your app. If you do not ensure to make mobile apps secure and unbreachable, you open up each and every user of your app to risks. This is why you should never compromise on testing, just because you’re in a hurry to release your app in the market.

You need to test each and every inlet for potential security issues, including the speakers, camera, GPS sensors, and even the platform itself. However, while testing an app, you should avoid allowing users to view your crash and debug logs, since these are the first places where hackers search for an app’s weaknesses and vulnerabilities.

Mobile apps deal with a lot of sensitive and personal information, like credit cards, passport numbers, etc. As such, there is no margin for error. Not only is it extremely embarrassing and catastrophic to a developer, the repercussions of a security breach can have a disastrous impact on your users. One mistake or carelessness to make mobile apps secure on your part can rob a user of his entire bank balance. So it is your responsibility to properly take all steps to ensure your app is completely secure both before and after it is launched.